When The Bleeding Won't Stop

This past month has been especially hard, in a few different ways. I have been challenged physically as well as emotionally.

The pain I mentioned in my last post has been continuing, although the hyperbaric chamber treatments seem to be giving me some relief as the floor of my mouth has shown signs of healing. It has been disheartening every night when I look at the blood that leaks out of my mouth, around my teeth as my gums seem to scream "we aren't anywhere near done leaving you alone yet!"  Even though I can't use toothpaste because of the chemical pain it imposes, brushing with water alone changes the splashes in the sink from crystal clear to what looks like red Kool-Aid... 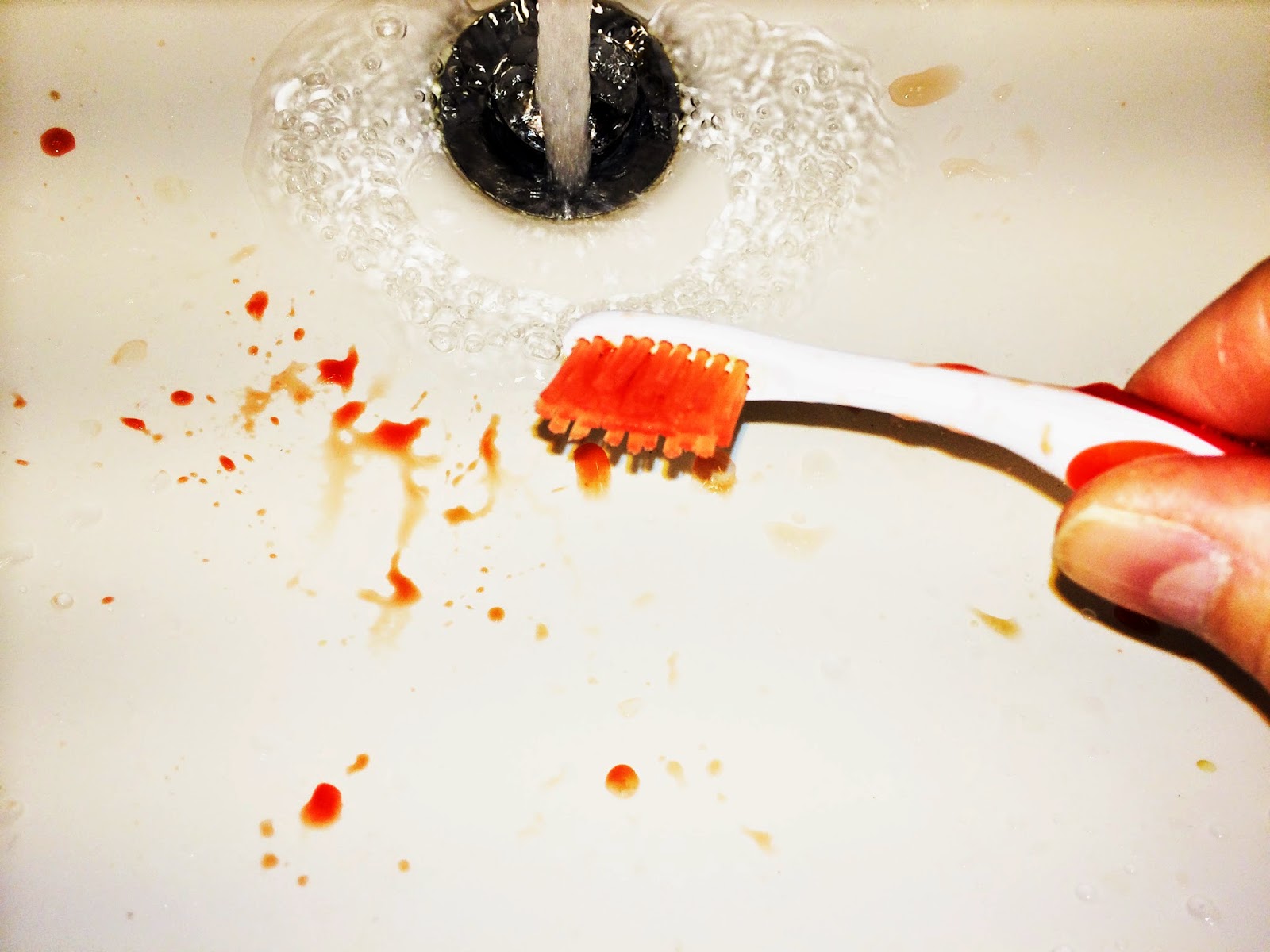 The radiation was over 5-months ago, the bleeding still hasn't stopped, nor the pain that comes with it or the sensitivity it gives me to foods that I eat.

Medications seem to help me as I am working through this phase, but they make me less productive and there is so much I need to get done. In the next 3-months alone, I need to:
I will get it all done though, I have to. God has brought me this far and He hasn't failed me yet.

The second "stressor" comes in the form of gossip, accusations and disparaging remarks about me that were said amongst several people at a local fundraiser for someone. When it got back to me that I was the topic of conversation and what was being said, it wasn't only hurtful but it really saddened me.

Why? Because I traded my Kia Soul in for a 1-year old Ford Mustang. If you know me, one of the things that really brings me joy is going out for a drive, especially in a convertible on a sunny day. I'm a simple guy and that is one of the things that really brings an ear-to-ear smile to my face. After having half of my tongue removed, enduring the pain that I have and am enduring as well as the trauma of chemotherapy and radiation burns and side effects, I've been looking forward to finding a used convertible to enjoy this summer.

The gossip was that I used funds from my fundraisers and gifts that you have given to my "GoFundMe" account towards a car and not towards medical bills. I was even told that I should at the very least given the donors a chance to have a "vote" on what I did with the "leftover donations" rather than buy "brand new" car. Here is the truth...

Between my major surgeries in September and October of 2013, the chemo and radiation treatments as well as the near-death experience in January that landed me in the hospital's ICU, I had over $20,000.00 in medical bills. The donations that were given totaled about $15,000.00 and of that, over 40% was donated by my family which involved them skipping Christmas and giving me the money instead. There were no "leftover" funds given. In addition, I did not buy a new car, but a used car with over 30,000 miles on it. No cash was involved as I had traded my Kia Soul in and borrowed 100% of the balance. The best part is that my car payment is over $100.00 a month less that what the payment was on my Kia.

In truth, I wasn't just hurt, but I was angry when I heard the rumors that were being spread about me. Really? I've gone through all of this and people were upset that I bought a used car?

Is it because I look "good" and do not have the appearance of a destroyed body? Is it because I do not put on an image of poverty to somehow look like someone who deserves the financial blessings of those who gave?

You will notice that I have removed the donation link that I had been putting on the end of my posts. I am no longer going to look at my situation from that of an impoverished man. Instead, I am living my life as a blessed man. God answered my prayers with the help of my family, from my friends and a number of complete strangers who made the decision to bless me with donations that went towards the medical bills that had been shackling me. I refuse to look at my situation from a perspective of what I don't have any longer. From this point forward, I instead will look at what I have been blessed with and the knowledge that regardless of how bad things look, I am blessed.

I do my best to lead a life that does not offend, but I don't think that will ever be possible. People will always look at others from their own perspectives, lacking the whole story. However, the problem does not lie so much from seeing others from a given perspective, but using that perspective to judge them. When I think about it, I have been guilty of that. I see someone in a situation and make a judgment about them and don't really even realize it. I don't want to be judged, but I make judgments about others all the time.

So when you see me drive by in my red convertible Mustang with the top down on a sunny day, you will now know that I'm a guy with a car payment, who is blessed to have friends and family that are willing to help him through the most difficult of times, who is in pain but thankful for the lessons he's learning and he is doing his darndest not to judge others, let alone form an opinion without knowing the whole story. ~Robert B. Haase,
A Blessed Man